Here’s a few concept environmental art images for our redesign of the first area that the alpha consists of. 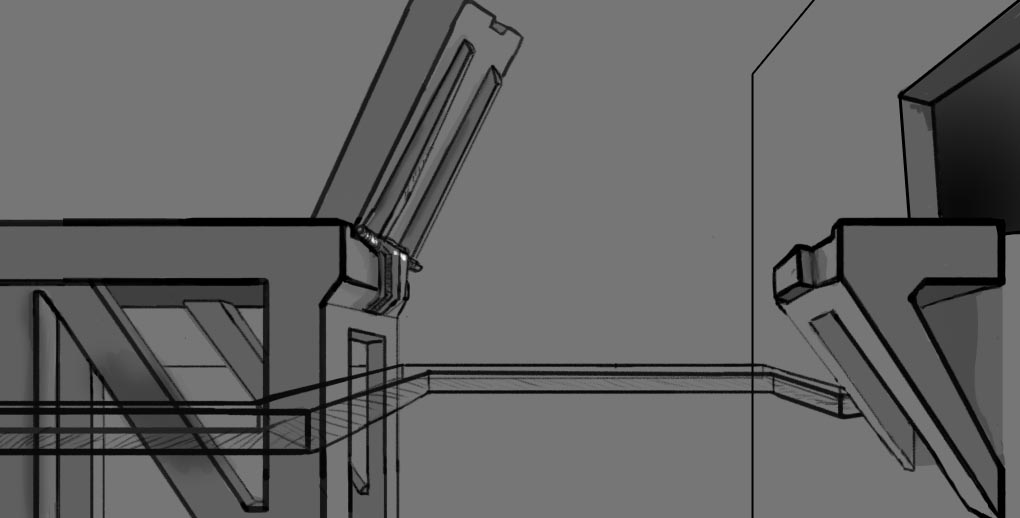 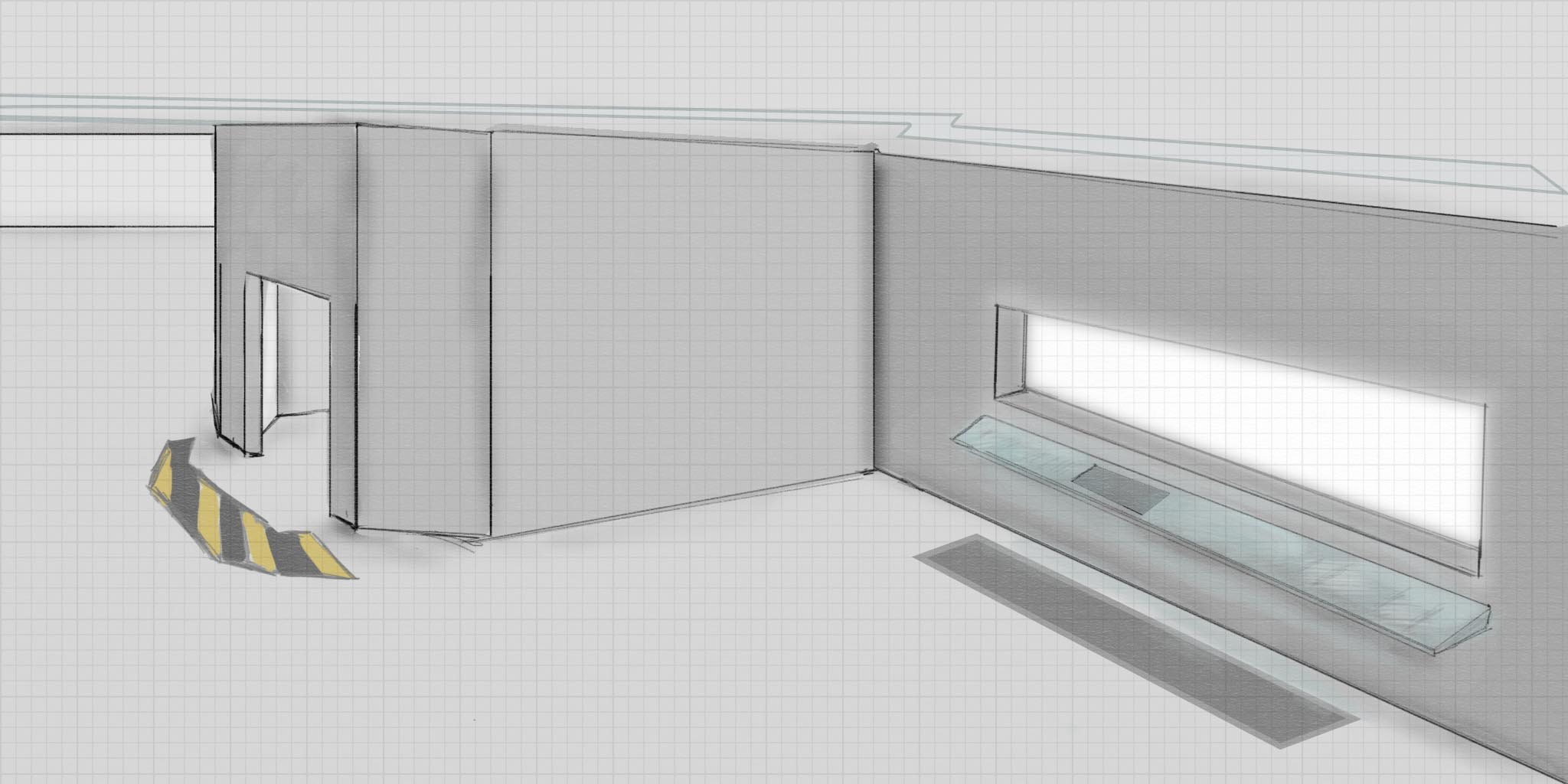 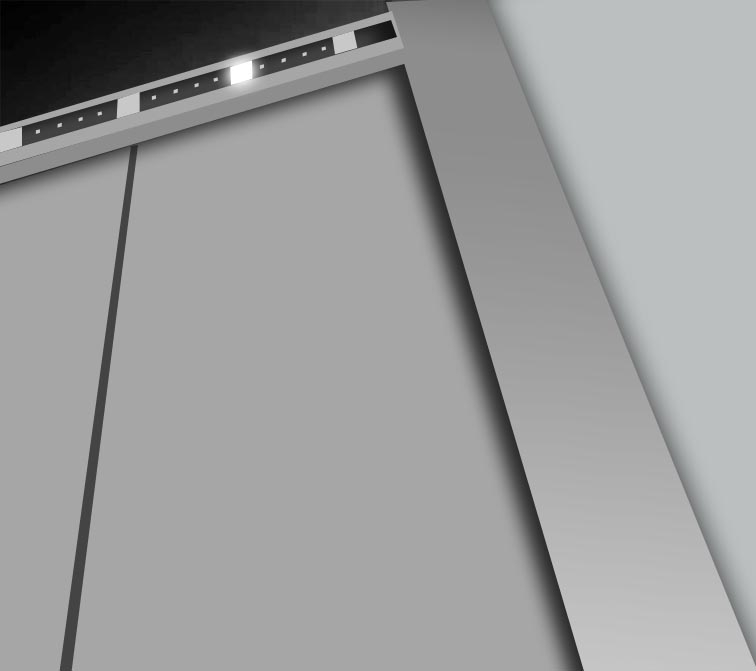 Elevator at the end of the office floor 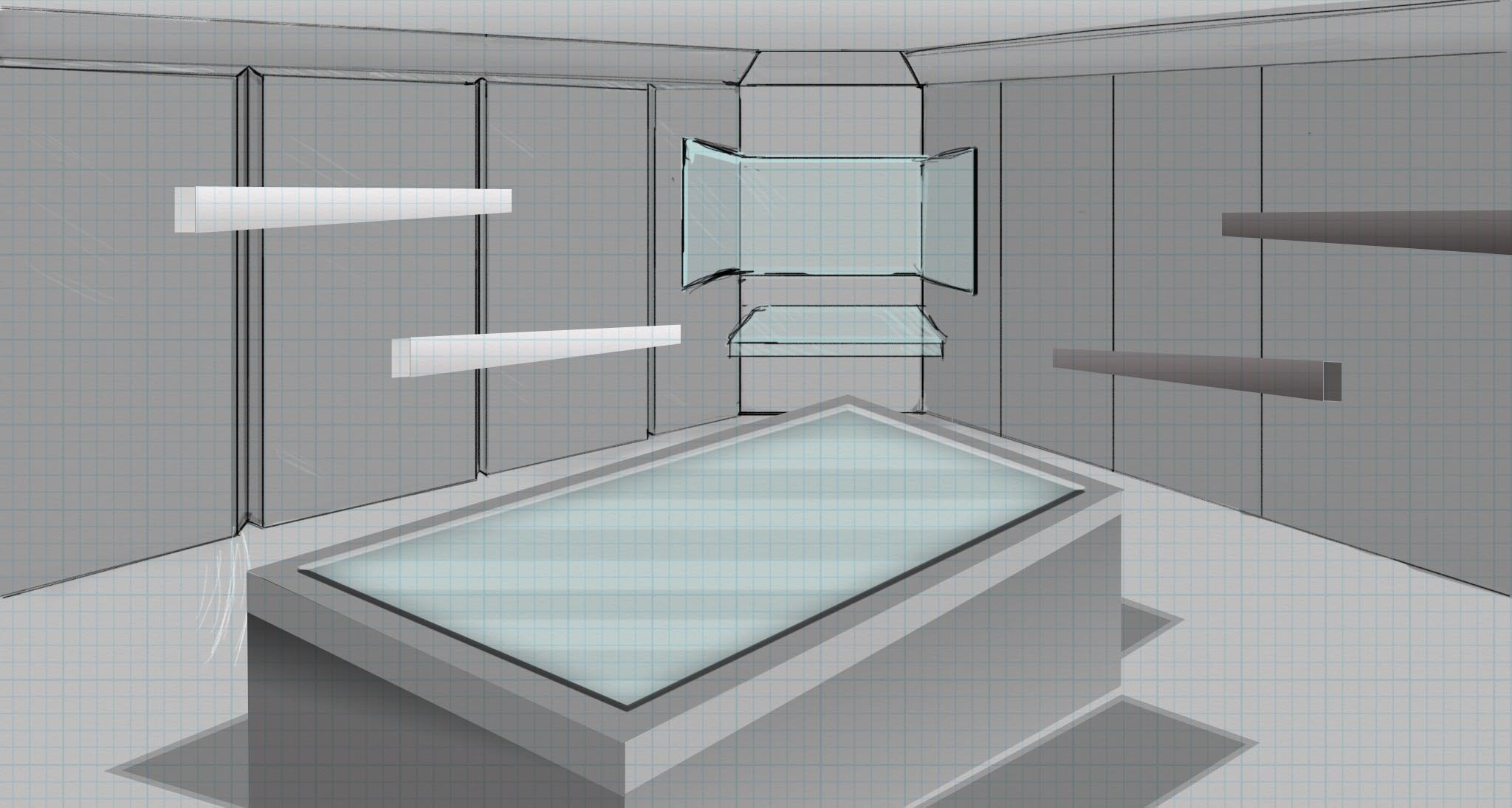 As a small team (now even smaller due to financial constraints) Nick and I split the workload between us. This makes the workflow kind of odd.

To help deter a lot of misunderstandings we decided to make a lot more concept art than we were originally making. First steps we design- talk about an area, show each-other reference photos, and anything else that can get us to say “YEA EXACTLY!”. Then I draw what was discussed and creative alterations. I show the concept art and we discuss again how close the physical image is to his mental image. One more final art is drawn for modeling, including environmental art of where the object will be, top down, and side views of the object. Then Nick or I model the texture. with the reference images created in the previous step. 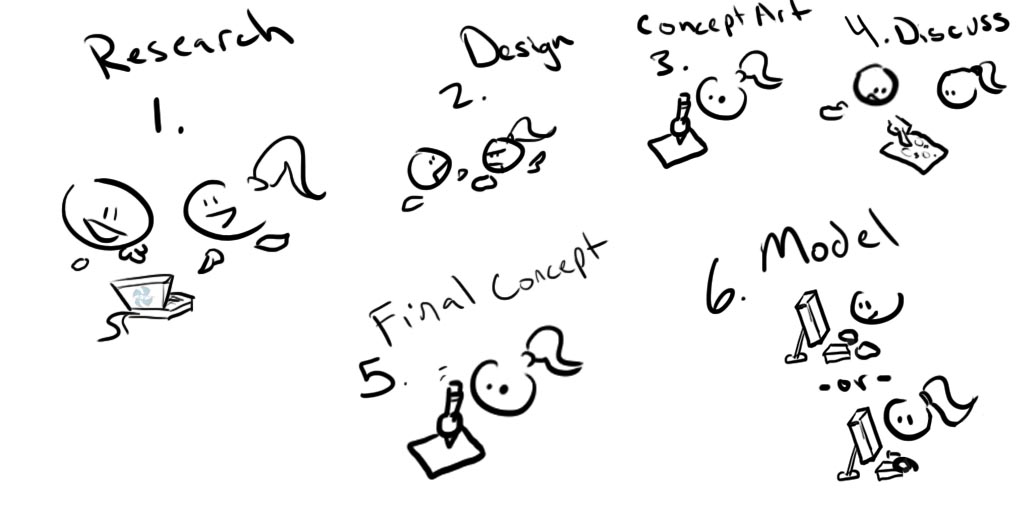 After the Unreal Engine 4 live stream where Epic showed off some videos from Koola, a UE4 developer on the official forums, I was very interested in creating a scene with that amount of visual prowess. See the original forum discussion here. Here is a video of the final product